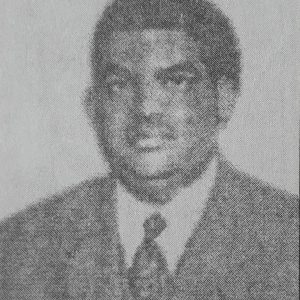 Dr. Haldar passed his DMRC in 1941 and joined S.N. College, Agra as a lecturer. After three years of the service, he was called upon to serve the Indian Army as a radiologist as a Major in IAMC. In 1946, after his release from the army, he joined his parent service. IN 1949 he took charge of the department of radiology at S.N. Medical College and L.P. Radium Institute Agra as a Reader and later as a Professor of Radiology. In 1966, he left S.N. Medical College and joined All India Institute of Medical Sciences, New Delhi where he served for three years as Prof. of radiology, sunflowermaids.com. In 1970 he was called back by the state government to organize the Cancer Institute at Kanpur and join as Prof. and Head of the Department of Radiology at GSVM Medical College Kanpur. He devoted most of his time in developing this institute and forming the nucleus for the most modern teaching and research center. 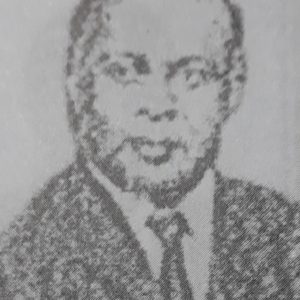 Dr. Padam Singh was born in February 1921 at Bangalore. He graduated from Andhra Medical College in 1955 and later joined the Christian Medical College, Vellore as House Surgeon. In 1961 he left for U.K. and started working as Registrar in Hammersmith Hospital and obtained a DMRT and FFR during the five year period of his training. In 1966 he returned to CMC, Vellore and worked as a Reader in the Radiotherapy department.

In 1967, he took charge of the department and was instrumental in starting DMRT and MD training in Madras University and the M.S.R. course at CMCH, Vellore, awarded from U.K.

In 1969 he was promoted as Professor, In 1967 he relinquished the post of the Head of the Department for health reasons and settled in Bangalore continuing his service for establishment of the Bangalore Medical Trust for cancer patients.

Dr. Padam Singh’s enthusiasm for everything in the Radiotherapy department was highly inspiring to his colleagues. His concern for patients was exemplary. He had all the hallmarks of a successful doctor. As a doctor, he had the ability to establish rapport with patients as a diagnostician and as a therapist. He had immense experience with orthovoltage X-ray and Brachytherapy. His students remember him for his humanity and outstanding guidance as a teacher and for interdisciplinary clinics in the treatment of malignant diseases, as the foresight to plan for the future. He was instrumental in obtaining a 42 Mev BETATRON, the first machine of its kind to be operational in South East Asia, which was commissioned in 1978. He was also instrumental in substituting radium with cesium 137 tubes and needles from Amersham. England in 1975 at CMC for the first time in India.

Dr. Ketayun Ardeshir Dinshaw, an internationally renowned cancer specialist and former Director of Tata Memorial Center, lost her personal battle to the same disease on 26th August 2011, which she ironically fought through her professional career as a visionary for four decades.

Born in a Parsi family in Kolkata on 16thNovember 1943. She was trained at the Christian Medical College, Vellore. After her specialization in Radiotherapy and Oncology at Cambridge, she returned to India and worked tirelessly for the cause of cancer at the Tata Memorial Hospital for over 35 years from where she retired in November 2008, having served as its director for 13 years.

As an outstanding doctor and administrator, she had the ability to bring out the best in the people around her, enabling her to bring about a sea change in many aspects of cancer management, education and research in the country. With her intense and persistent efforts, she brought the practice of oncology and especially radiation oncology in India and more so at the Tata Memorial Center on the world map of oncology care. A stickler for punctuality, decorum and ethics, she could find ways for delivery high-quality public service even in the government-funded mechanisms-signed, sealed and delivered through her trademark left handed green signature. She always had pertinent and practical views and policies to recommend. Her efforts brought special meaning to the state of “Institution before Individual”. She was an Institution builder – ACTREC, the 60 acre research campus of Tata Memorial Center, the Homi Bhabha Block at Tata Hospital and the Tata Medical Center at Kolkata, to name a few. She was a part of the team spearheading the development of Indigenous tele cobalt machine now called Bhabhatron.

Being a staunch patriot and an eternal optimist, in various international forums, she stood not just for India but for the cause of cancer in the entire developing world. She served as the president of the International Society for Radiation Oncology. She nurtured voluntary groups and NGOs like the V Care, Woman’s Cancer Initiative, CPAA, and several others. She was a serving board member of the Atomic Energy Regulatory Board and was awarded the lifetime achievement award by the Indian Nuclear Society and the Padmashree.

She had multifaceted personality. This great connoisseur of music and art was also an ardent admirer of the plant kingdom, ferrying lovely plants from all over the world. She had special respect and admiration for the serving and retired men and woman in the armed forces and their families and extended immediate care to all who happened to need the services of the TMC.

Prof. Brahm Dutt Gupta was born in Uttar Pradesh on 8th March 1934. After graduating from Medical College Agra, he did his post-graduation in Radiology (combined Radio-diagnosis and Radiotherapy) under the eminent Dr. P.K. Haldar in 1963. He went to Manchester in United Kingdom and worked at Christie hospital, the Mecca of radiotherapy and obtained the FRCR degree from London and came back to the country to practice exclusively Radiotherapy and Oncology. Following a brief stint at the AIIMS, New Delhi, he joined PGIMER, Chandigarh in November,1971 and founded the Department of Radiotherapy and served as the Head of this department till 31st March, 1994. He was also responsible for establishing the Department of Telemedicine at the institute after his retirement from Radiotherapy, where he was an Emeritus Professor.

Prof. Gupta had passion for developing Radiotherapy as a separate discipline and built a independent department of Radiotherapy at PGIMER Chandigarh which went on to become one of the best in the country and gained recognition not only in India but abroad also. He is also responsible in planning and establishing number of Radiotherapy centres in northern India including one at AIIMS New Delhi. Beginning with a basic 250 KV machine, the department at PGIMER , soon acquired modern tele-cobalt machines for therapy. He was instrumental in bringing the first CT-Scan machine and first Linear Accelerator in this institute free of cost. He was instrumental in developing first indigenous Linear Accelerator in collaboration with SAMEER,Mumbai and CSIO Chandigarh and first prototype machine was installed at PGIMER which worked for 10 years. His pioneering work in brachytherapy brought international recognition. The department started its MD (Radiotherapy) program where he trained numerous students who now are senior Radiation Oncologists in the country and abroad. Even after retirement, he remained busy treating patients free of cost, advising, training manpower and spreading cancer awareness till the very end.

During his illustrious career, Prof. Gupta won many laurels – the B .C. Roy and ICMR awards being the more prominent ones. He was the founder member of AERB and the National Cancer Control Program of the Government of India. He founded along with Dr. T.K. Datta and Dr. Harish Kulkarni, the Association of Radiation Oncologists of India ( AROI ) in 1976 and became its President in 1978. He also served as the editor of AROI journal He has delivered a number of Orations and invited talks.. He is survived by his wife, Mrs. Kamlesh Gupta and two sons, Prashant and Nishant Gupta ,both are happily married. 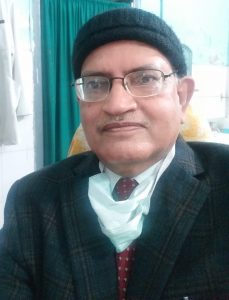 Prof. Dr. Rangi Prasad Singh was the pioneer in the field of oncology in Bihar. He nurtured the Prince Wales Medical College based Radium Institute of Patna from its nascent stage in the 1960’s to a stage when it was transformed into a premier Oncology centre in Eastern India, as Professor and head of the department.

He graduated from the Prince of Wales medical College in 1952 and obtained his M.S. (Gen. Surg.) in 1958 and M.D. (Rad.) in 1965. He obtained his DMRT from Middlesex Hospital, London in 1970 and was associated with Hammersmith cancer Institution, Royal Marsden Hospital and Holt Radium Institute, Manchester. He was fellow of the Royal Society and Royal College of Physicians, London. He was fellow of the Indian College of Radiology.

In the literacy field, he has over a dozen publications both medical and non-medical; to his credit. He was Vice President Akhil Bhartiya Bhasha Sahitya Sammelen.

It will be an exercise in futility to entirely dimensionless the influence of his gentle personality, but in his demise, it is indeed profound. He was a great son of the soil, a self-made man, and simple in taste with immense character.