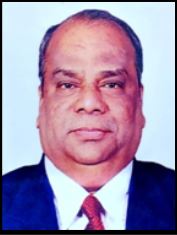 Dr Kalluri Subrahmaniyam is one of the senior most practicing Radiation oncologists in the country. He obtained his MBBS in 1969, Diploma in Medical Radiation Therapy in 1972 and MD Radiation Oncology in 1974- all from the prestigious Institute of Medical Sciences, Banaras Hindu University, Varanasi. He started his Post Graduate teaching career as a lecturer in BHU from 1974-78 and later in the Andhra Pradesh Medical and Health services.

He was elevated as a Professor in 1983 and later as Head of the Department, in which capacity he worked till 2003. He took voluntary retirement in August 2003. He trained more than 60 Radiation Oncologists from 1974. From 1993 he was awarded fellowships like Nurgis Dutt foundation, Von Essen and also a British council fellowship, during which he was trained in all the latest technologies both in teletherapy and brachy therapy. He was a Post Graduate Examiner for more than 15 universities in the country and was a External faculty expert for All India Institute of Medical Sciences, New Delhi, PGI Chandigarh, Sanjay Gandhi Post Graduate Institute, Lucknow and Nizam’s Institute of Medical Sciences, Hyderabad, where he selected senior faculty.

He was elected as the President of Association of Radiation Oncologists of India from 1996-98 and took it over from late Dr. K. A. Dinshaw at Aurangabad. It was during his tenure as the President that the Indian College of Radiation Oncology was started. He was honored with the Prof P. K. Haldar Oration in 2009. He was a member of several national and international Academic societies like IMA, AROI, ICRO, AMPI, AMPO as well as ASTRO and ASNO. He participated and conducted several research projects like ATALAS in breast cancer, Organ conservation in head and neck cancers by concurrent chemo radiation, and concurrent chemo radiation in cervical cancer (before it became a standard recommendation by WHO), Hyper Fractionation in Head and Neck cancers, CHART in Head and Neck cancers, sequential chemotherapy in Head and Neck cancers, Organ conservation in BREAST Cancers (before it became a standard recommendation in early breast cancers) After taking retirement in 2003 from Government service, he worked in various leading hospitals like Apollo, Indo American, Yashoda and currently practices Radiation oncology at Omega Hospitals in Hyderabad.

He strongly believes that A good teacher should be able in inspire his students to Excel.